Both The Nation and Bangkok Post are reporting on a story I started hearing yesterday about AirAsia moving back to Don Muang airport. The subject of the reports is a press conference on Monday, 25 June 2012, where the Thai affiliate of Air Asia signed a memorandum with the Airports Authority of Thailand (AOT) to make the move. 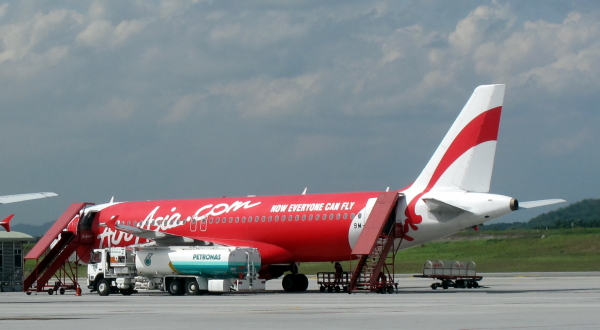 An AirAsia plane on the ground in Kuala Lumpur

The move will take place on 1 October 2012, and comes in the wake of over-crowding at the new Suvarnabhumi Airport, and the government’s decision last week to drastically drop fees for airlines agreeing to use the old airport. The goal is to make Don Muang the main airport for low cost carriers.

All AirAsia flights – both domestic and international – will be based at Don Muang. Passengers who have already booked flights on the airline don’t need to do anything. If you’ve booked flights on or after the 1st of October and are nervous about the change, AirAsia is waiving its usual change fees for a shift in travel dates up to seven days.

There will no doubt be more on this story before October, so stay tuned.